Celiac Disease is a condition in which a person’s body cannot tolerate the consumption of Gluten, a protein found in wheat, barley, and rye.  In people with Celiac, the body reacts to the presence of Gluten by creating antibodies which attack the lining of the small intestine.  These antibodies damage villi, tiny protrusions along the intestinal wall which aid in the absorption of nutrients from the food a person eats.  If left untreated, Celiac can cause permanent damage to the digestive system and result in a number of severe and possibly life-threatening conditions.  Celiac Disease can lead to severe vitamin deficiency, anemia, nervous system disorders, gallbladder malfunction, and some forms of cancer.  Celiac can be difficult to diagnose because it typically displays symptoms which are common to other medical conditions.  Celiac testing is the only way for a person and their doctor to make an accurate diagnosis.  A series of noninvasive blood tests are often ordered to assist in determining if a person has Celiac Disease.  Request A Test offers Celiac blood testing which can be ordered as individual tests or in cost saving packages.  Depending on the results, these tests may need to be followed up with an intestinal biopsy.

Celiac can develop at any time in a person’s life.  Many of the symptoms of Celiac disease are similar to those of other conditions.  For this reason, getting tested is the only way to determine if a person actually has Celiac Disease.  Many symptoms of Celiac are gastrointestinal.  These can include abdominal cramping, bloating, diarrhea, constipation, fatty stools, and gas.  Other symptoms of Celiac can include bone or joint pain, fatigue or weakness, depression, mouth ulcers, infertility, depression, anxiety, numbness in the hands or feet, and migraine headaches.  In children, Celiac can cause stunted growth or delayed puberty.  Not all people with Celiac will display the same symptoms and some symptoms may alleviate when Gluten products are cut out of the diet.  However, the longer Celiac goes undiagnosed, the greater the risk of it causing permanent damage to the body.

Noninvasive blood testing is a common first step in determining if a person has Celiac Disease.  There are a number of different Celiac blood tests available.  Unfortunately, no single test can provide a definitive diagnosis.  In most cases, multiple tests are required to accurately determine if a person has Celiac Disease.  The following information provides a general outline of how someone may wish to order their Celiac Testing.  For more information on Celiac testing, customers may refer to the Celiac Disease Foundation at www.celiac.org.

A positive result for tTG testing may be followed up with an Endomysial Antibody IgA test or a Celiac Genetic Test.  Endomysial Antibodies are highly specific to people with Celiac Disease and this test has a low occurrence of false positives.  Celiac Genetic Testing looks for Genes (HLA-DQ2 and HLA-DQ8) which indicate that a person is predisposed to developing Celiac Disease.  While not every person who has these genes will contract Celiac, almost all people with Celiac will have one or both of the genes present.

A negative Tissue Transglutaminase Test can be followed up with a Gliadin Antibody Profile.  This test looks for Deamidated Gliadin IgA and IgG antibodies.  Gliadin antibodies are common in Celiac cases but will not develop in every person.  This type of antibody is also sometimes found in people with other types of gastrointestinal disorders.  A Gliadin Antibody test may also be used to gauge the efficacy of treatment for Celiac as these antibodies tend to drop rapidly after successful treatment.

A number of cost-saving packages are available for people who wish to order a more comprehensive Celiac Disease screening.  The Celiac Disease Panel contains the Tissue Transglutaminase IgA and Endomysial Antibody IgA tests.  The presence of these two antibodies is highly indicative of Celiac Disease in a person.  However, some people have a condition which causes an IgA antibody deficiency.  This package includes a Total Serum IgA test to help determine if a person is IgA deficient.  In people with this condition, there is the possibility of false negatives for IgA antibody tests.  In this case, additional testing may be necessary.

The Celiac Disease Antibody Screen contains the Tissue Transglutaminase IgA and Deamidated Gliadin IgA tests.  These two tests look for antibodies commonly found in people with Celiac. This package also includes a Serum IgA Quantification to help determine if a person is IgA deficient.   A person experiencing symptoms who has negative results for both of these antibody tests and is not IgA deficient may have a form of Gluten Sensitivity other than Celiac.  Other results may require additional testing or an intestinal biopsy as ordered by a doctor.

The Celiac Disease Complete Panel includes the Tissue Transglutaminase IgA and IgG as well as the Deamidated Gliadin IgA and IgG tests.  A Serum IgA quantification is also included.  These 4 antibody tests provide a comprehensive screening for Celiac.  The inclusion of IgG antibody tests helps provide extra accuracy for people who are IgA deficient.  This package is a popular choice for Celiac testing as a panel with multiple tests can provide more information to assist in an accurate diagnosis than any single test can.

It is important to note that a medical professional should be consulted before any diagnosis based on test results is made.  In order for Celiac tests to be effective, the person being tested should be eating a regular diet including gluten products for at least 2 weeks prior to getting tested. 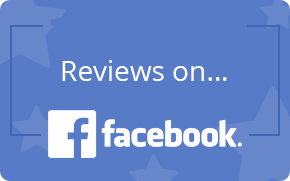 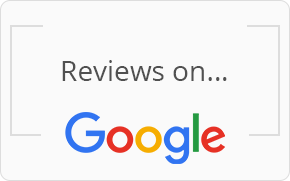 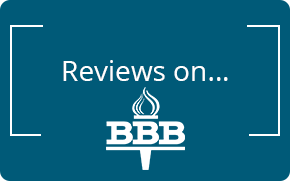